This year our NZ team has expanded, along with the areas we cover! Like our people, our little country is unique and so we saw fit to introduce our new regions (and our existing regions) with some facts about what makes them special.

Starting at the top of the country with our biggest city  – Auckland! Which, we must admit, is still only 1/12th the size of Sydney. Auckland, the city that Aucklanders (and only Aucklanders) love, is also known as the “city of sails” because it boasts the world’s highest boat ownership per capita! It’s home to 50 volcanoes and you can walk from the Tasman sea to the Pasific ocean in just 4 hours.

Auckland is home to two of our E.P’s – Mae Heard and one of the latest additions to our team, Sarah Johnston. 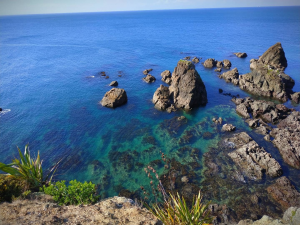 One of Mae’s favourite spots; Tawharanui

Working our way down the country, we find our next E.P, Tessa Nielsen, in Rotorua!

Rotorua, also known as “sulphur city” or “Rotovegas” is home to 17 lakes, one of the most famous mountain biking parks in the world and over 500 hot springs and geysers – some of which erupt every 15-minutes! Because of this it is also iconic for it’s sulphur scent, reminiscent of rotten eggs…

(Although the term Rotovegas was founded in sarcasm, we/Tessa thinks it really is worth the visit-worthy title) 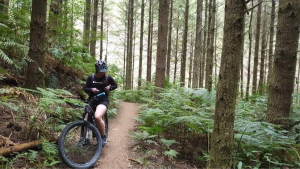 Tessa in the Redwoods forest

“Love Taupo” is the tagline used in tourism for the city and they nailed it – we kiwis do love Taupo! Our E.P Yolanda loves it so much she recently abandoned Auckland in favour of its allure.

Being of similar size to Singapore, lake Taupo is the largest body of freshwater in Australasia. It is actually a crater lake, responsible for one of the biggest eruptions earth has seen in 5000 years (don’t think too much about that Yolanda). Taupo, was named by a Maori chief and means “The cloak of Tia”, in relation to cliffs that surround the lake, closely resembling his cloak. 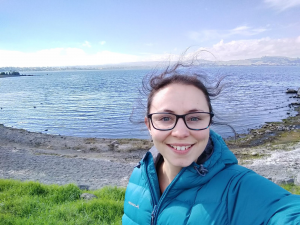 Yolanda on a lunch break walk along the lake

The Kapiti coast, just 50km north of our capital city, is the slightly…  More relaxed option in comparison to it’s much busier neighbour. Home to many retiree’s plus your classic laid back kiwi, it’s a place of chill vibes. The Kapiti coast is named in relation to the island that sits just 5km offshore, which is actually the peak of a submerged mountain range! Now home to many native NZ species, and proudly predator free, it’s a hub for NZ conservation. Unless you have a sandwich in which case…  The cheeky Kea birds are likely to become the predators themselves…

The Kapiti coast is home to one of our new E.Ps, Janey Goedhart. 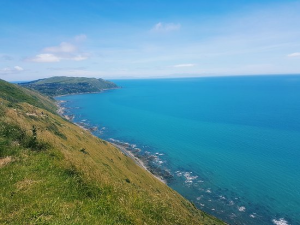 Windy Wellington, our capital city and the southernmost capital city in the world! “You can’t beat Wellington (on a good day)”, a common phrase when referring to the beautiful, but often less than optimally weathered city. Some fun facts about Wellington – it hosts enough food places per capita, to rival that of New York and it’s signature building, the Beehive, was originally designed on a napkin as a joke! But Wellington being the alternative city that it is, accepted such design with open arms. Our E.P Jamie Robinson, a Wellingtonian through and through. 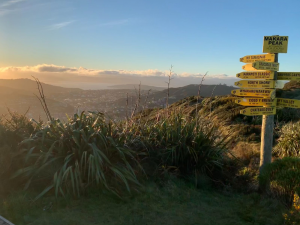 Well-known as the home to the Christchurch earthquakes in 2010, the former city tagline of “The garden city” is now commonly replaced with “Our city rocks”. Typical kiwi fashion – making the most of a bad situation.

Fun fact – Christchurch was the first “official” city in NZ and continuing with that trend, the people of Christchurch are a competitive bunch, often being described as “one-eyed” in relation to their endeavours vs. the rest of the country.

This bodes well with our Christchurch-based EP & team leader, Carmyn Barnes! Who is not known to shy away from a challenge. 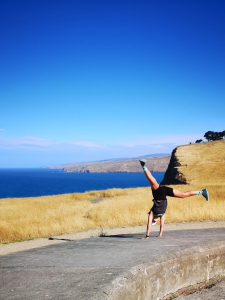 Our latest region of coverage is Otago! That’s “Oh-tah-go”not “Otter-go” to our Queensland team leader Lauren, who recently learnt this the hard way in front of a room full of kiwis (don’t worry Lauren, we’ve got you).

Despite spanning a decent chunk of the South Island, Otago is home to just 4.7% of NZ’s population, and is known for its vast, rugged and adventure based landscape. Dunedin, is the world’s 5th largest city in geographical size – not bad for little old NZ! 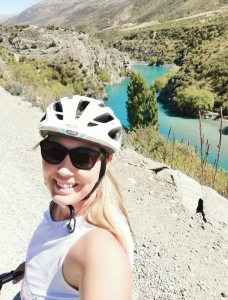 There you have it! Our ever-growing team and the wonderful places we find ourselves – and sometimes, even get to explore further with our clients!

What are the unique qualities of the places you live?

Sometimes we forget, well, because we live there!

Have you got an NZ claimant that would benefit from E.P. support? (We also offer Telehealth programs to reach those clients in rural areas!)

Refer to the team!