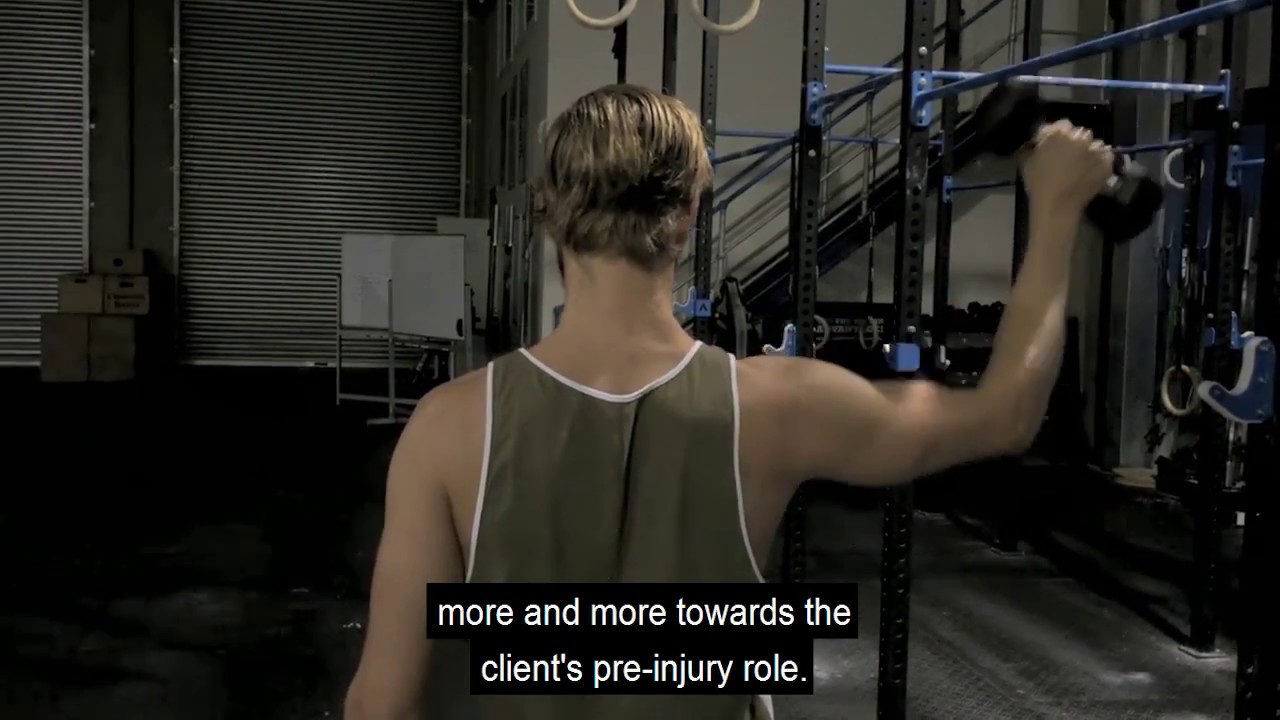 In this episode, we’re going to review with a claimant who was referred through with shoulder rotator cuff pathologies approximately 12 months post-injury, they had received a lot of physiotherapy, chiropractic treatment and other passive modalities and they were stalling because of ongoing deconditioning and some movement pattern dysfunction.

From the first part of the video above, we can see the movement dysfunction really being evident with the over-activity in the upper trapezius muscles, causing hitching of the shoulder joint. As a result, the client’s unable to raise the arm even to shoulder height.

In the second video, you can see the improvements achieved in movement after approximately eight weeks of treatment. The scapular stabilisers have being strengthened and there are great improvements in the bigger, more global shoulder muscles which control the upper arm movement.

The improved rhythm between the shoulder blade and the upper arm, as well as the overall improvements in shoulder mechanics, now allow us to incorporate functional tasks which we’ll continue to build on and tailor more and more towards the client’s pre-injury role.

Thanks for watching. For more from Specialised Health, check out our website www.specialisedhealth.com.au.

Click on the referral tab to get in touch with us, or email brad@specialisedhealth.com.au.

Thanks for watching. Until next week.